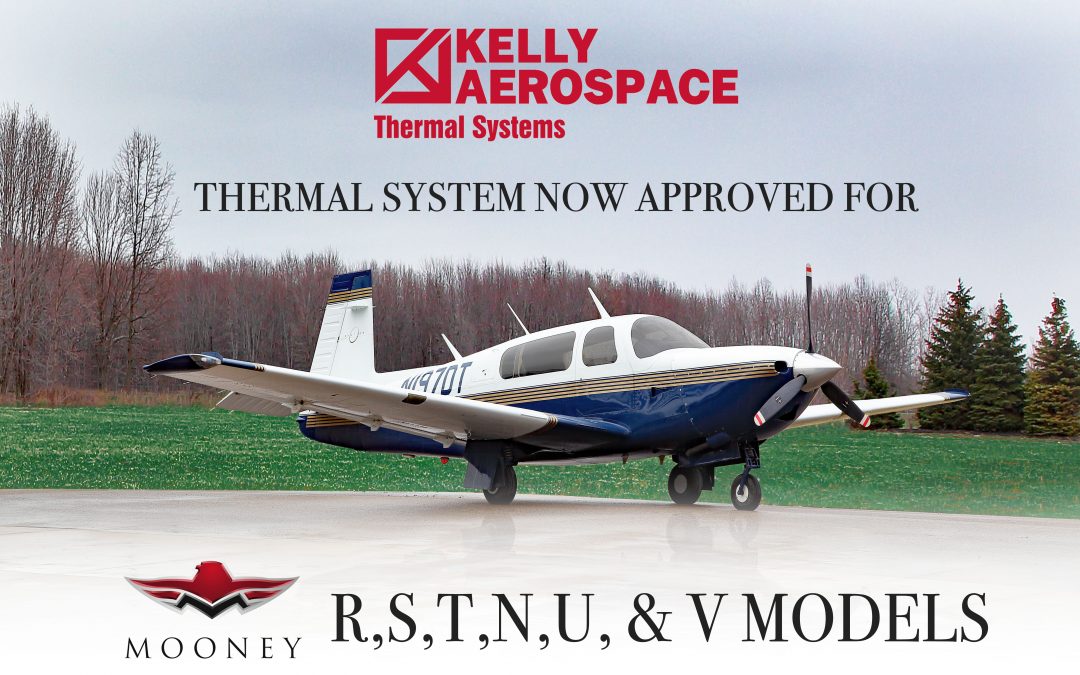 An Amazing Aircraft Just got COOL!!!

Kelly Aerospace Thermal Systems has received STC certification for its All-Electric Air Conditioning System for the Mooney R, S, TN, U, and V models.  The Electric System offers freedom from flight restrictions and introduces Ground Cooling to the General Aviation Market. You can now call ahead and have your aircraft “Pre-Cooled” without unlocking the cabin.

This 65-pound system is completely installed in the aft section of the fuselage and has a factory look.  The cool air is introduced to the cabin from the overhead for more complete cooling.  The system has no scoops, therefore, no airspeed penalties so this incredibly fast airplane is still just as fast.

A digital controller allows for carefree operation of the system while managing your flight.  The system is only available for 28-volt aircraft for now.

The receipt of the STC was formally announced at the Mooney Summit in Panama City Beach in September 2019.

Enjoy some of the recent pictures of our first installation in a Mooney Ovation.